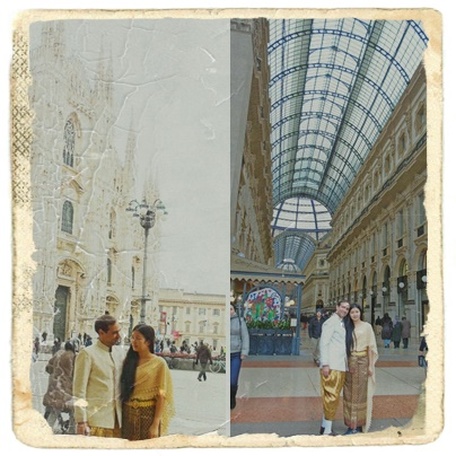 Was the beginning of January, with Christmas eve (and a lot of panettone - Italian traditional Christmas sweet bread) gone Mai and Andrew were willing to see something more of Italy.
And where to go if not to Venice for a romantic time?
"Why not to have a short trip in Milan too?" - Andrew asked - "It is on the way and I have a cousin there who would be happy to meet us, I actually don't see her in 20 years or so".
"We could have some shopping too" - was the pragmatic answer of his wife -"there are nice sales after all in this time".
"Well, we can give a look to maybe the best ateliers in the world just walking through Via Montenapoleone, Via della Spiga, Corso Vittorio Emanuele until Corso Buenos Aires, I can't guarantee we will be able to afford a pin in those shops though".
"Will be good for the eyes but bad for the heart" - Mai said with a smile - "I will be happy with a nice lunch though".
And so it was, on the 9 of January Mai and Andrew were on the train destination Milan to spend some hours there having a walk, a nice lunch and leave again to Venice. 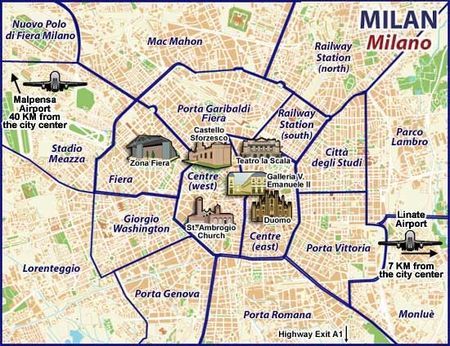 After two hours and something of train, a dark sky was expecting them to Milan.
A cold wind was blowing and coats over the light wedding clothes seemed to be not enough for the - 3 degrees of Milan morning.
"I need a coffee" - Andrew said - and in few minutes they were having breakfast with some croissants.
Soon after, with a few stops of Metro the two were in front of the "Duomo".
Dedicated to St Mary of the Nativity (Santa Maria Nascente), is a Gothic cathedral that, initiated in 1368 by the Archbishop Antonio da Saluzzo, took nearly six centuries to complete.  5th-largest church in the world is the second largest in Italy.
Suddenly the beauty of the Cathedral warmed up hearts and souls of the spectators who handed over their camera to Andrew's cousin, just come to meet them, were posing with their wedding clothes. 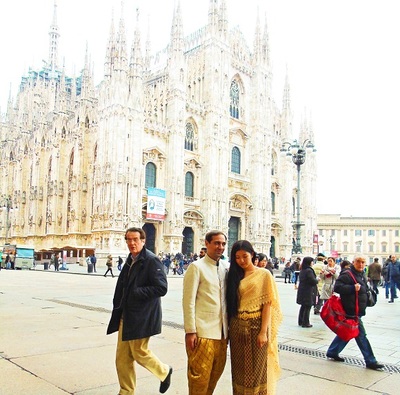 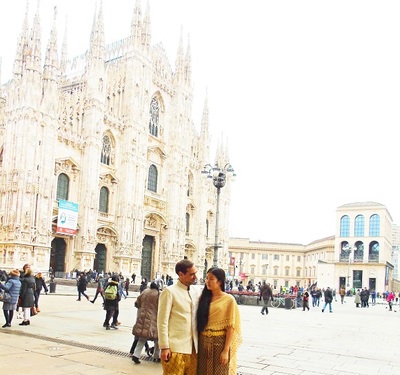 Moving just a few steps, Andrew and Mai found another perfect location in the Galleria Vittorio Emanuale II for another few pictures.
One of the world's oldest shopping malls, the Galleria of Milan is formed by a four-story double arcade. Named after Vittorio Emanuele II, the first king of the Kingdom of Italy, it was designed in 1861 and built by Giuseppe Mengoni between 1865 and 1877. 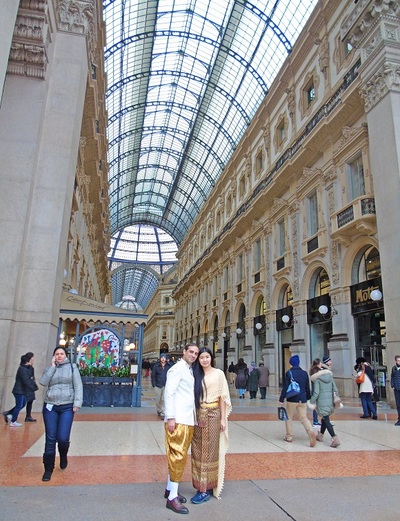 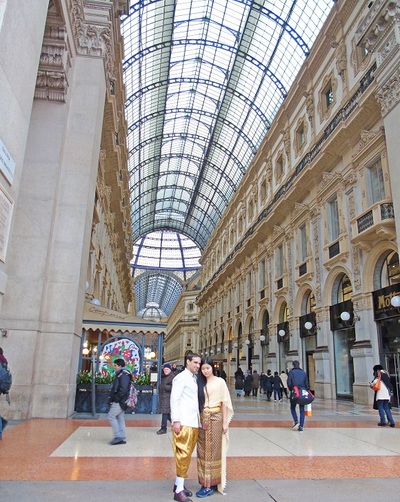 Coats on, for a walk through the Gallery to visit Piazza Scala, then back again for a joy for the eyes trip in one of the world's centers of Fashion, staring at Gucci, Prada, Valentino, Armani and so many other ateliers and their creations.
Lunch in Brera (the artists' area) to restore the broken heart of Mai who could not buy a single pin in Milan ateliers and then back in the train station with the beauty of Milan still in the eyes and the expectations for Venice in the hearts .......