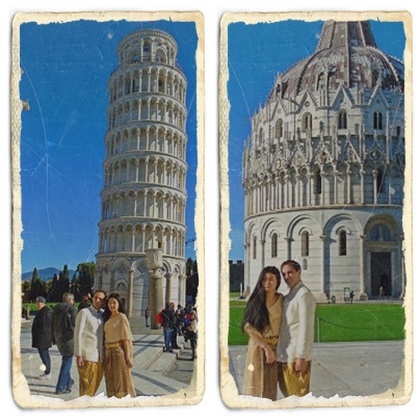 "Pisa is just less than 2 hours away by car, even less if we are lucky with the traffic, there is no reason to hurry there, we have plenty of time" - Andrew was repeating it to his impatient wife a few times in the last days, after the cold and dark sky in Venice, he didn't want to have the same experience in Pisa and he was looking out of the window every morning, hoping in a blue and bright sky that just didn't want to be.
When the weather forecast announced for the 15th of January a perfect sunny day, the two organised to go to Pisa for that date. 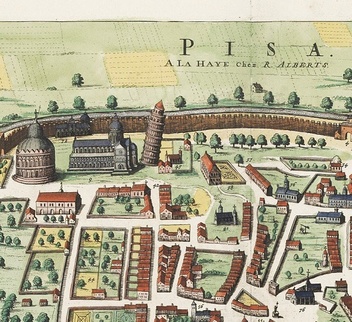 When thinking about Pisa, everyone in every part of the world will visualize the universally famous lining tower, probably the most recognizable Italian monument in the world.
The lining tower is part of what in the beginning of the 20th century was renamed as "Piazza dei Miracoli" (Square of Miracles) o "Campo dei Miracoli" (Field of Miracles), formerly known as Piazza Duomo.
Was D'Annunzio, Italian writer and poet who, in one of his most famous novel "Forse che si forse che no" (1910), described the square as the "prato dei miracoli" (meadow of miracles).

One of the most important centers of European medieval art and between the finest architectural complex in the world, Piazza dei Miracoli comprehends four religious edifices in a walled area of 8.87 hectares: the Pisa Cathedral, the Pisa Baptistry, the Leaning Tower of Pisa, and the Camposanto Monumentale (Monumental Cemetery).

With a sunny day by their side and a temperature a little over the 0 Celsius, one of the most outstanding place in the world in their backs and Andrew's father as photographer, the conditions were quite optimal for some nice pictures. 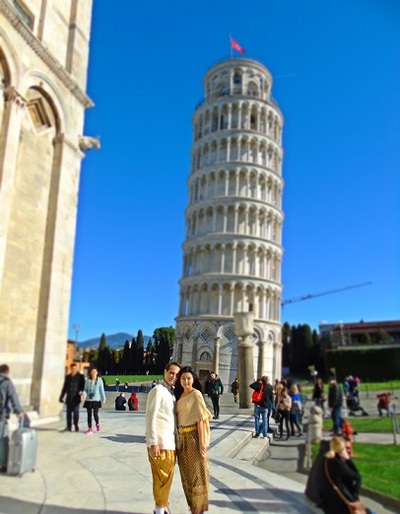 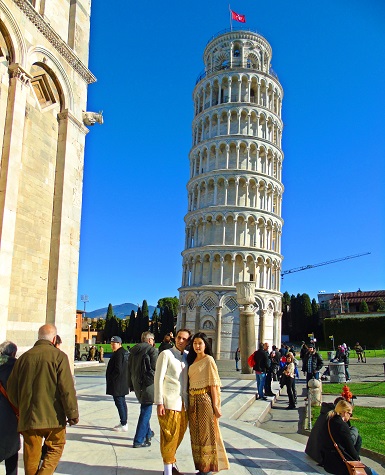 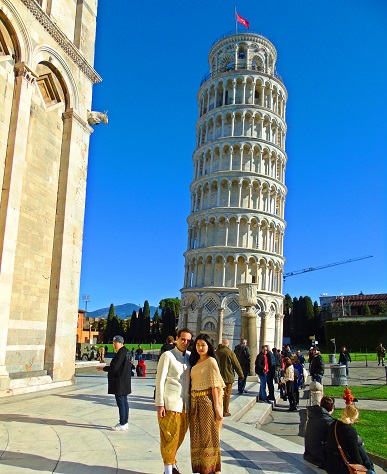 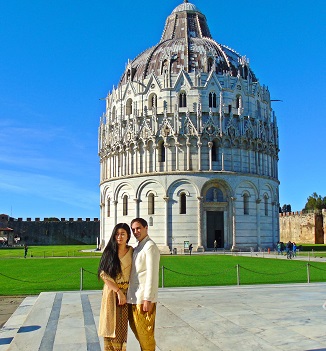 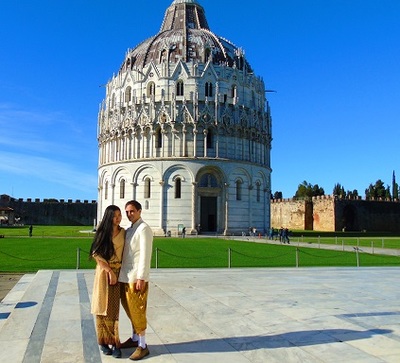 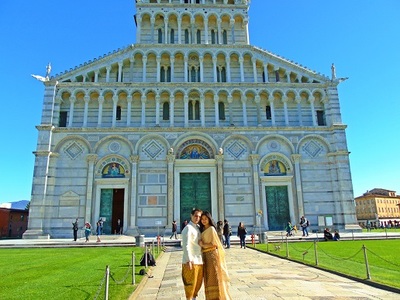 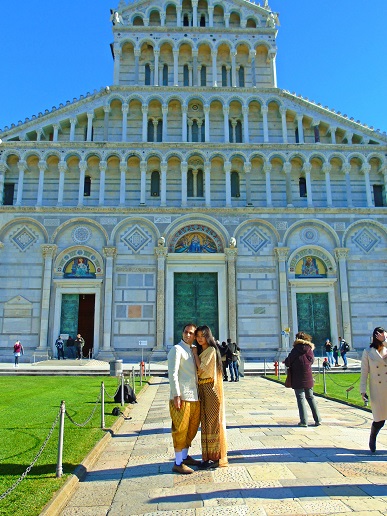 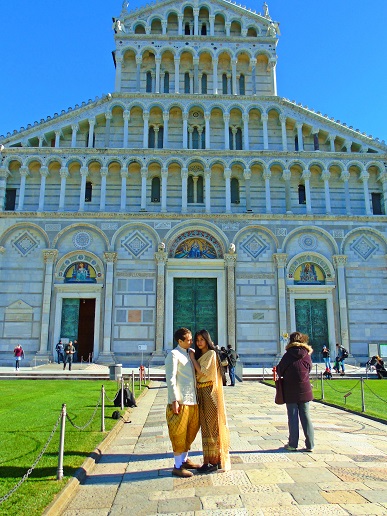 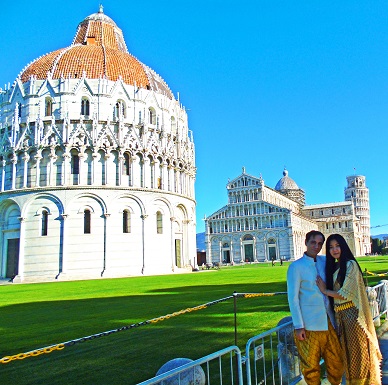 With some nice addictions to their album the two enjoyed the bright day chilling in the Piazza and visiting the monuments.
Climbing up the small stair steps of the lining tower with the bridal dress was an experience that Mai wouldn't ever repeat, but she was just so happy when she could reach the top that every other thing was just forgotten.
After a late lunch with Fiorentina (Tuscany's typical beef steak), Mai and Andrew were back in their car heading for their base in Chiavari.
Next stop Rome .....